After a weekend away doing the Craft Ontario Craft show in Toronto, it’s good to be back in the studio….though even that seemed to be full of people for a while (but nice). 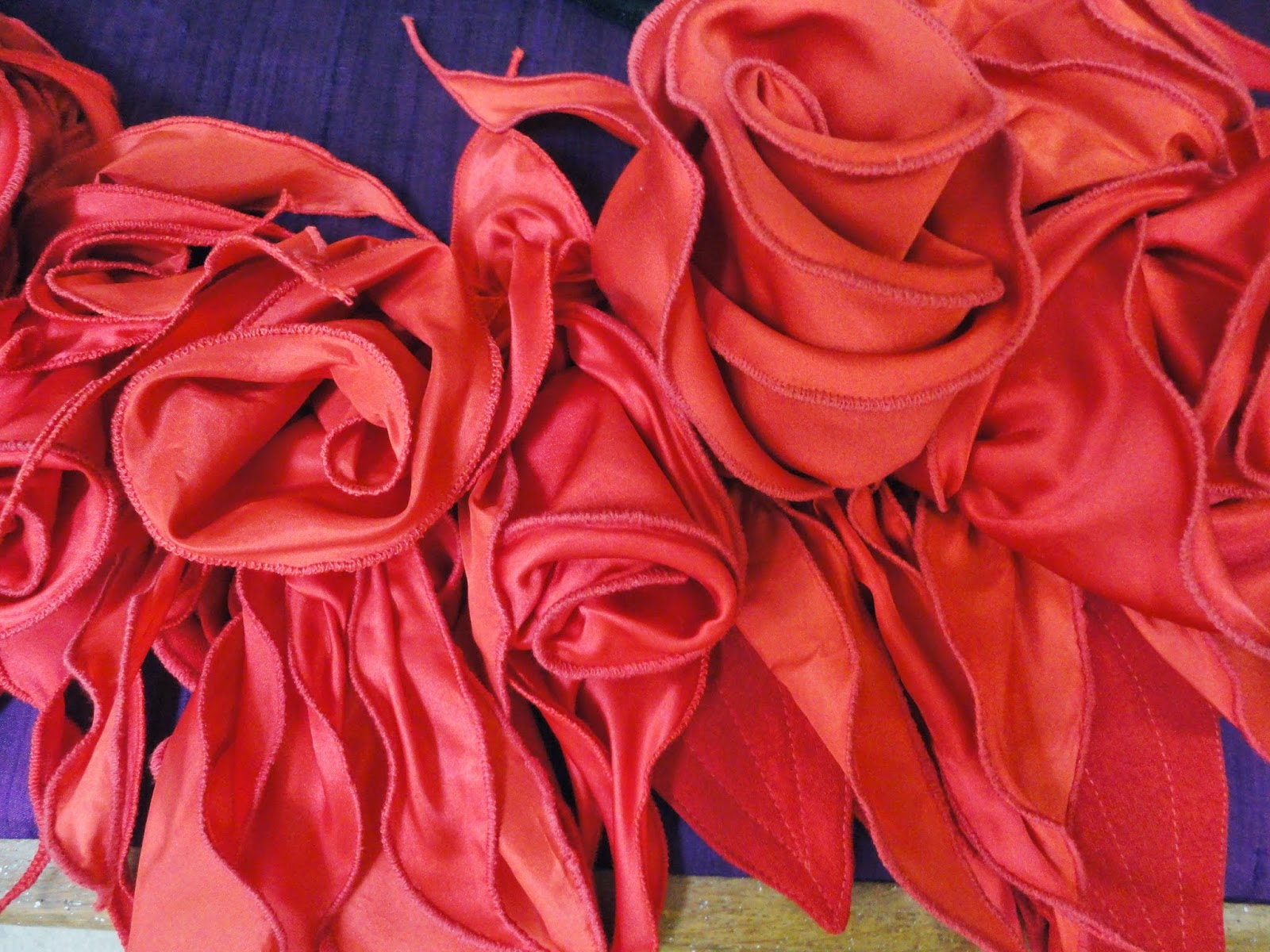 The Machine Knitting Club of Kingston met in my studio for the first time on Tuesday (we meet the second Tuesday of every month in different members houses) and I think we had our largest gathering for a while…it was great. Three of our members had been down to the Finger Lakes Machine Knitting seminar in September and had lots to tell us. I had been in Toronto doing a show and before that had wrestled with the custom order and the yarn mailing problem, one person came from Brockville (over an hour away) and another showed up who we hadn’t seen in ages so that was a blast.
Anyway, my friend Karen lent me a collar which was made by her designer sister in law…silk rose collar which can be worn….well, however. I tossed it over one shoulder and wore it with a short black top (used to be an ankle length dress) over black jeans and some dark red pointy mules. Sheesh, I could have sold that thing over and over I got so many compliments! 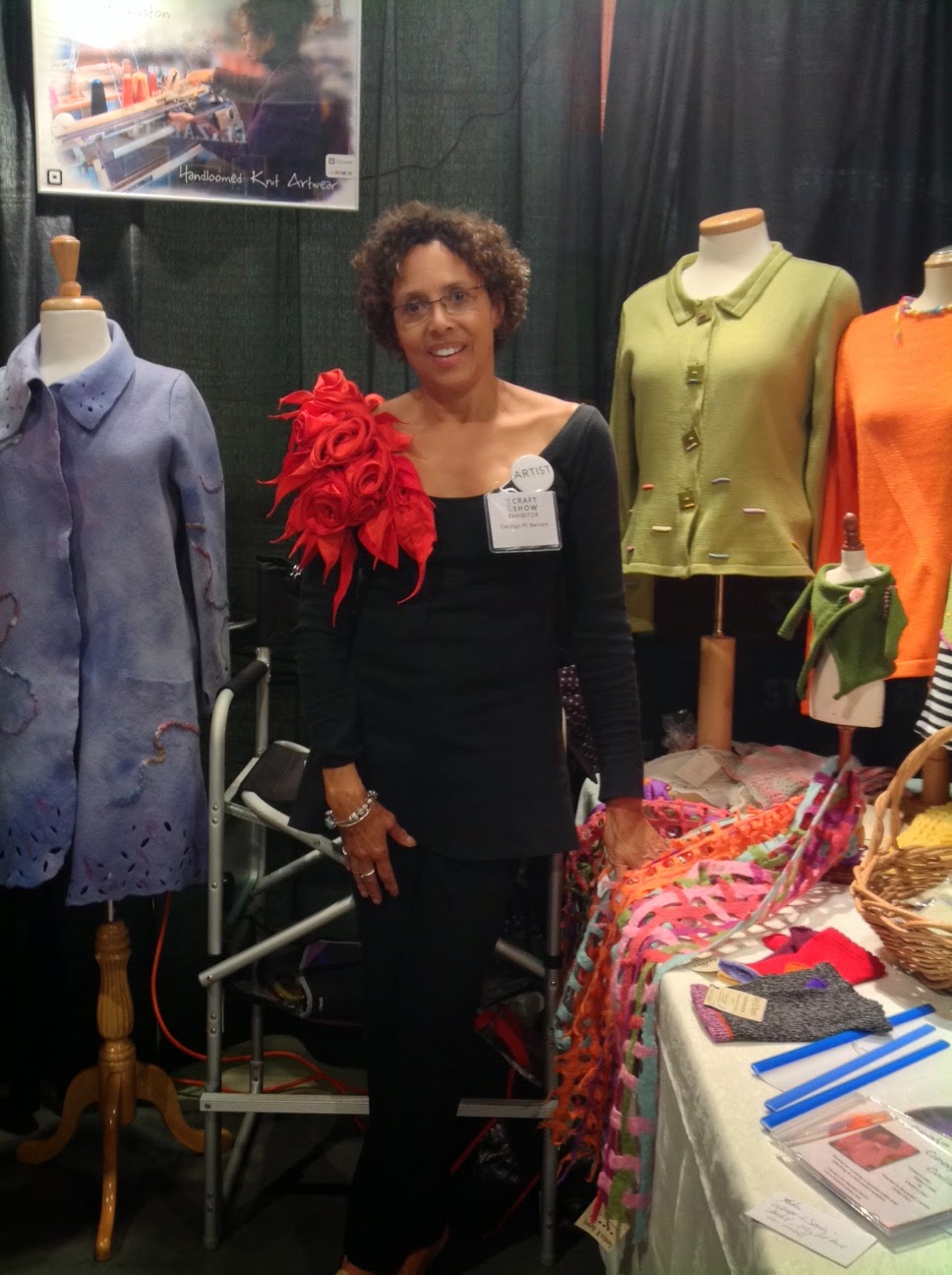 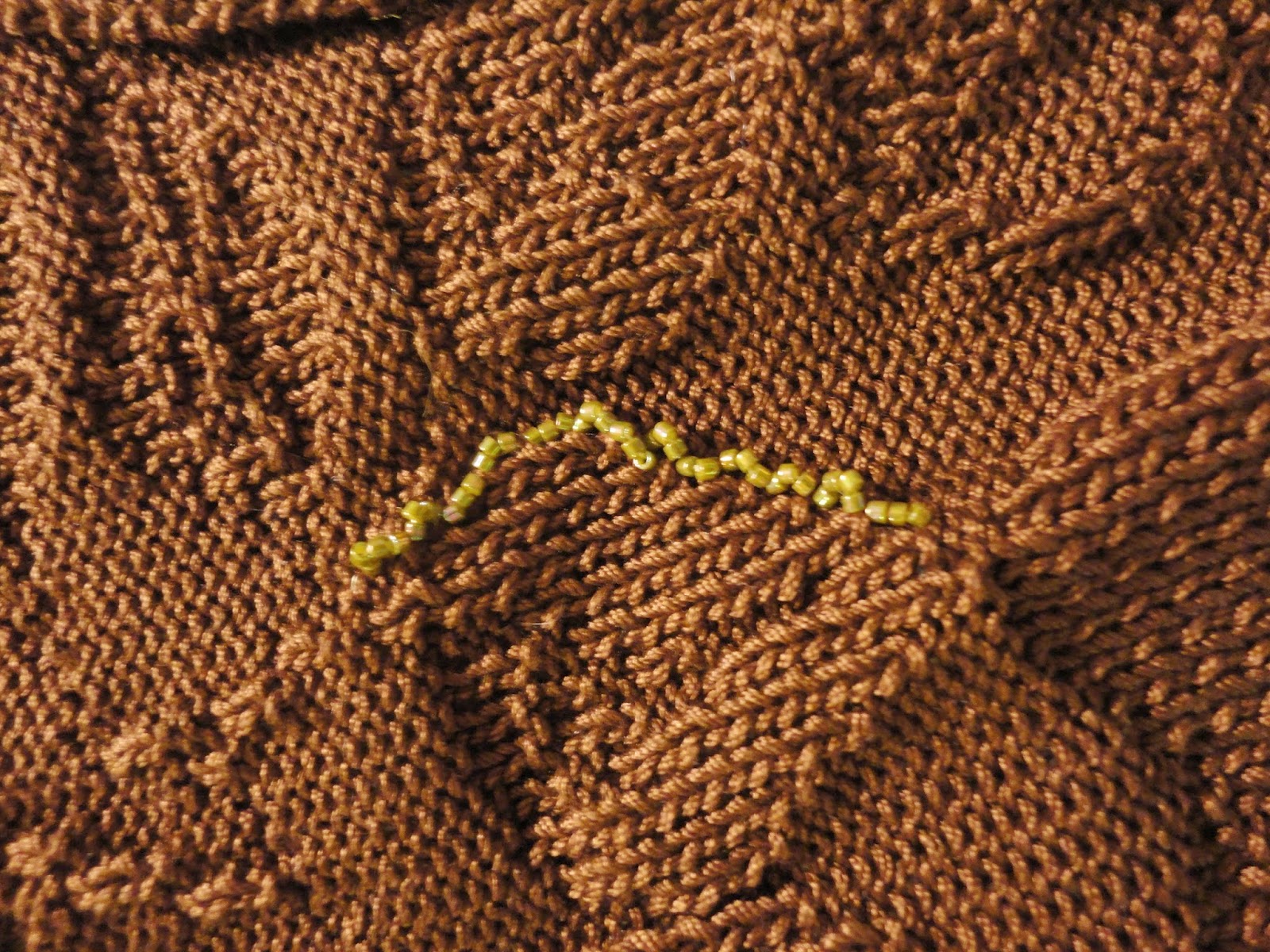 Before I left a box of black Yeoman Cannele Mercerized cotton arrived which I had ordered to make an LBD (little black dress). Well, the back is nearly done, I’m working it on my Brother 930 with my Garter Carriage…what fun. I’m working the #7 pattern (roses) and here is a sample I worked in brown cotton. I’ve sewed some beads on it, which I want to do on the finished cocktail dress). It takes a lot of back and forth to the machine as I’m shaping the pieces as I go…not cut and sew, fully fashioned. It’s also noisy in the studio with my TV on loud so I can hear General Hospital (etc) over the GC! 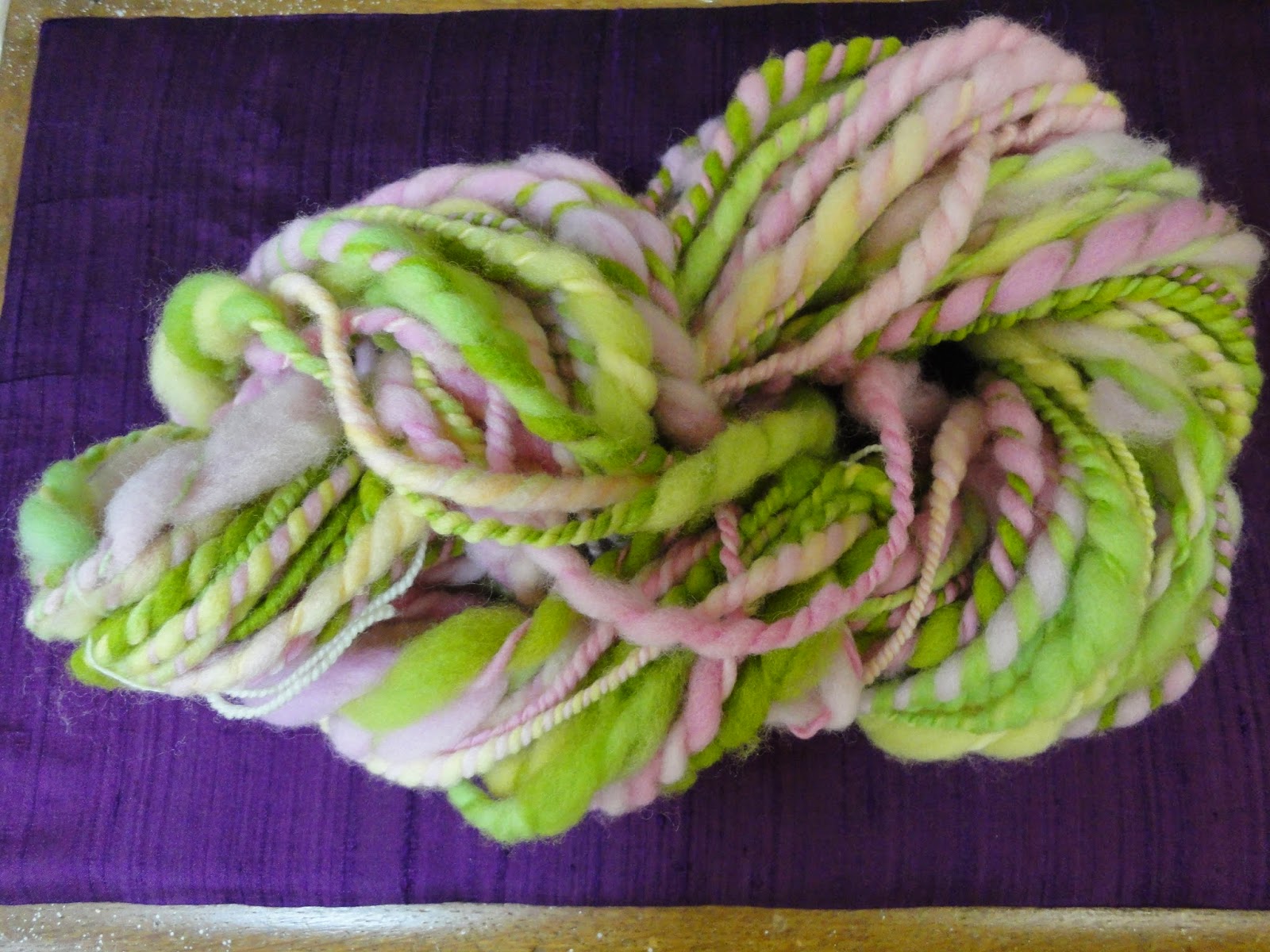 Another nice surprise was when I delivered a cardi to a client. It was Thanksgiving and though she said not to bother I was so glad I did. It took me into the countryside on a beautiful Fall day. We chatted about fibre, carpets, knitting and got to spinning….I admired some of her work…and she gave it to me!!!! Here is the skein of wool and I want to work it in to a felted jacket….hopefully this week, in time for the Wearable Art Show in Toronto on October 25 & 26th…..we’ll see!