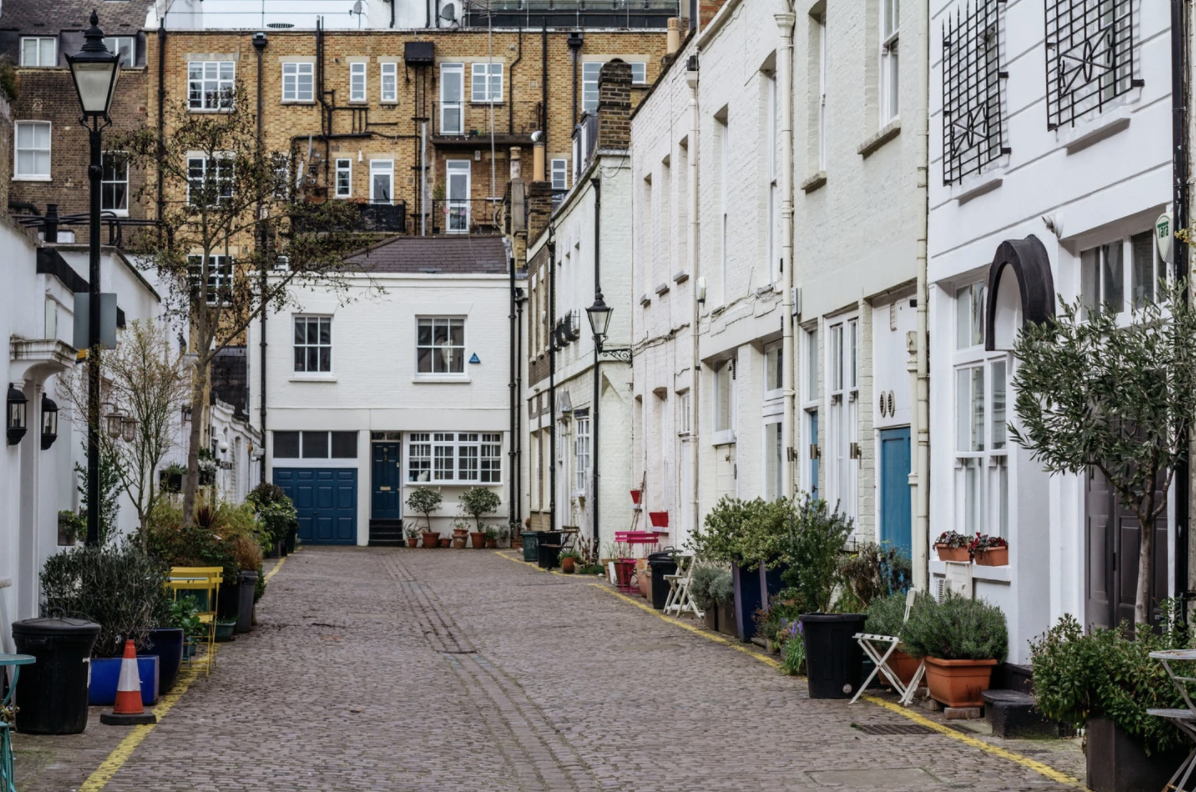 No…I’m not talking about how cats talk but a living situation that has endured and changed for about 500 years. I first became enamoured with this kind of housing decades ago when I watched Roger Moore as Simon Templar in ‘The Saint’ TV series….back in my English teen years in the ’60’s. At that time I wanted to live in a city and thought New York might do…but loved the little mews street and the apartment shown in the show.

Mews is a British name for a row or courtyard of stables and carriage houses with living quarters above them, built behind large city houses before motor vehicles replaced horses in the early twentieth century. Mews are usually located in desirable residential areas having been built to cater for the horses, coachmen and stable-servants of prosperous residents.

I just finished a lovely novel called ‘Britannia Mews’ by Margery Sharp, about a young, well-to-do girl in the late 19th century who falls in love with her drawing instructor and ends up in the mews behind her family’s rich London house. The story goes until WW11 so there is a lot of history around the stables and rooms above in which she lives. They go from respectable stables for horses and carriages and servants to slums to desirable London residences.

After reading this novel and watching a video (button above) I finally found of an interior, I wondered how I would spread myself out in a Mews flat if I were, oh, 40 – 50 years younger and fortunate enough to be able to afford one. I think I would make the downstairs, or the ‘stable’ part, my studio, then I could have people pop in to order something, buy off my rack or come for fittings. Friends and neighbours might stop in to say hello and I would make them coffee and bring out some biscuits or Battenberg cake. I would have a neighbourhood around me, good for a woman on her own, and live a fabulously fun life. However, at the price of these charming abodes now (maybe even then) a lowly artisan would only be able to afford the 1890’s rent!

Living in the heart of London, the city of my birth, (as my Dad did), I could haunt the British Museum and the Victoria and Albert, drooling over costume and clothing exhibits. I have already wandered down Carnaby Street as a teen, shopped in Swan and Edgar, Liberties, Foyles Bookstore…but only once.

I’d have flowers outside and a bench or bistro set to enjoy morning coffee or a glass of wine, a good place to take a break from work in the studio…however I would miss a washing line which I used a lot with my textiles when I’m dyeing.