I’m busy in the studio with only three days until the One of a Kind Show … and one of those is Set Up day!!!!

Meanwhile it’s been a busy few weeks to start March…the month we get more light in the evenings, Spring starts (if it can find it’s way through the snow!) and  preparing for the One of a Kind show for another year.
Meanwhile I kicked off March with a great little show ‘She Creates’, a small one day show at Portsmouth Olympic Harbour…that was busy and successful. The following weekend I filled my studio with three delightful women who had been rounded up by their fearless leader to take a weekend learning how to use a domestic knitting machine. The following pics are their resulting wrap/scarves. 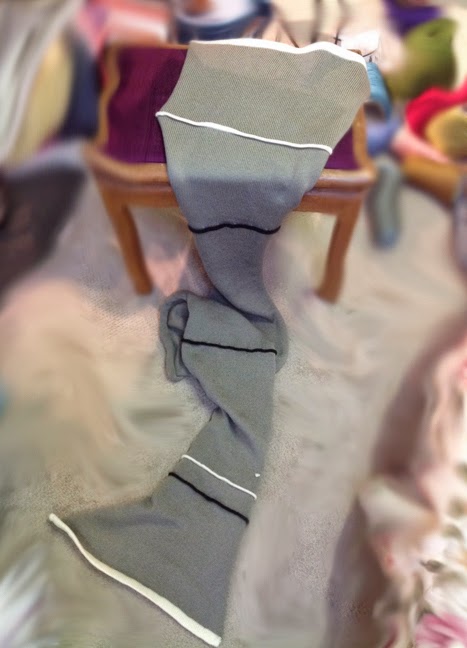 ‘Birch’ was the base colour chosen by Gayle and she accented it with black and white. 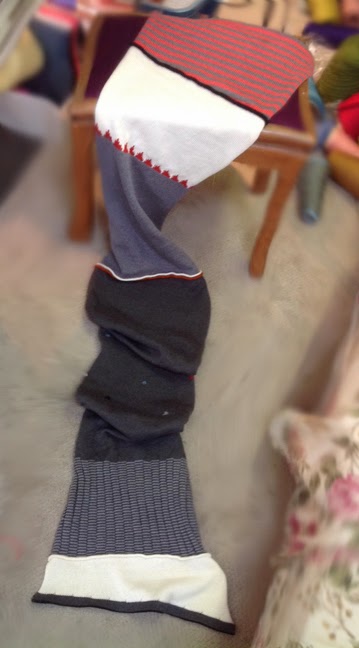 Gray was chosen by Marg but she accented it with a bid of colour in a rose tone wool, dark gray and off white. 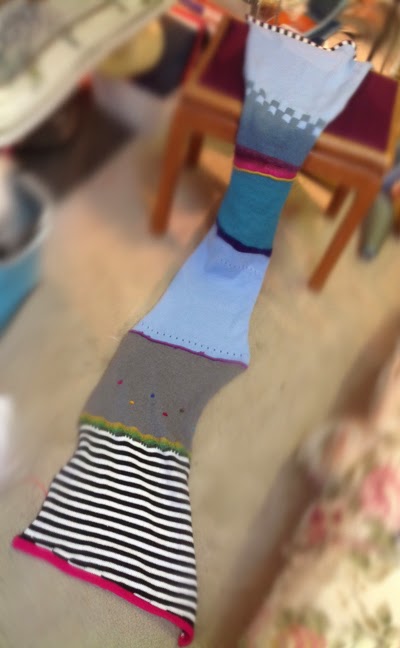 This wrap by Karen was the a surprise….because she is NOT a knitter…and wears mostly black. However she was keen to work with colours and this is the result.
I had them do cast on, cast off, hems, short rows and some embellishments…of course that came with copious trouble shooting with picking up the many dropped stitches and even picking up the work that dropped to the floor!!!
Last weekend I had the golden opportunity to take a felting workshop from Andrea Graham in the Mississipi Valley Textile Museum in Almonte, ON. ‘Felted Bag with 3D Elements’ I had a ball. Learning new stuff to put into my jackets, bags and hats. Boning up on my techniques from the master who taught me in the first place five years ago.
http://theartofwool.blogspot.ca/2009/10/grant-at-work.html 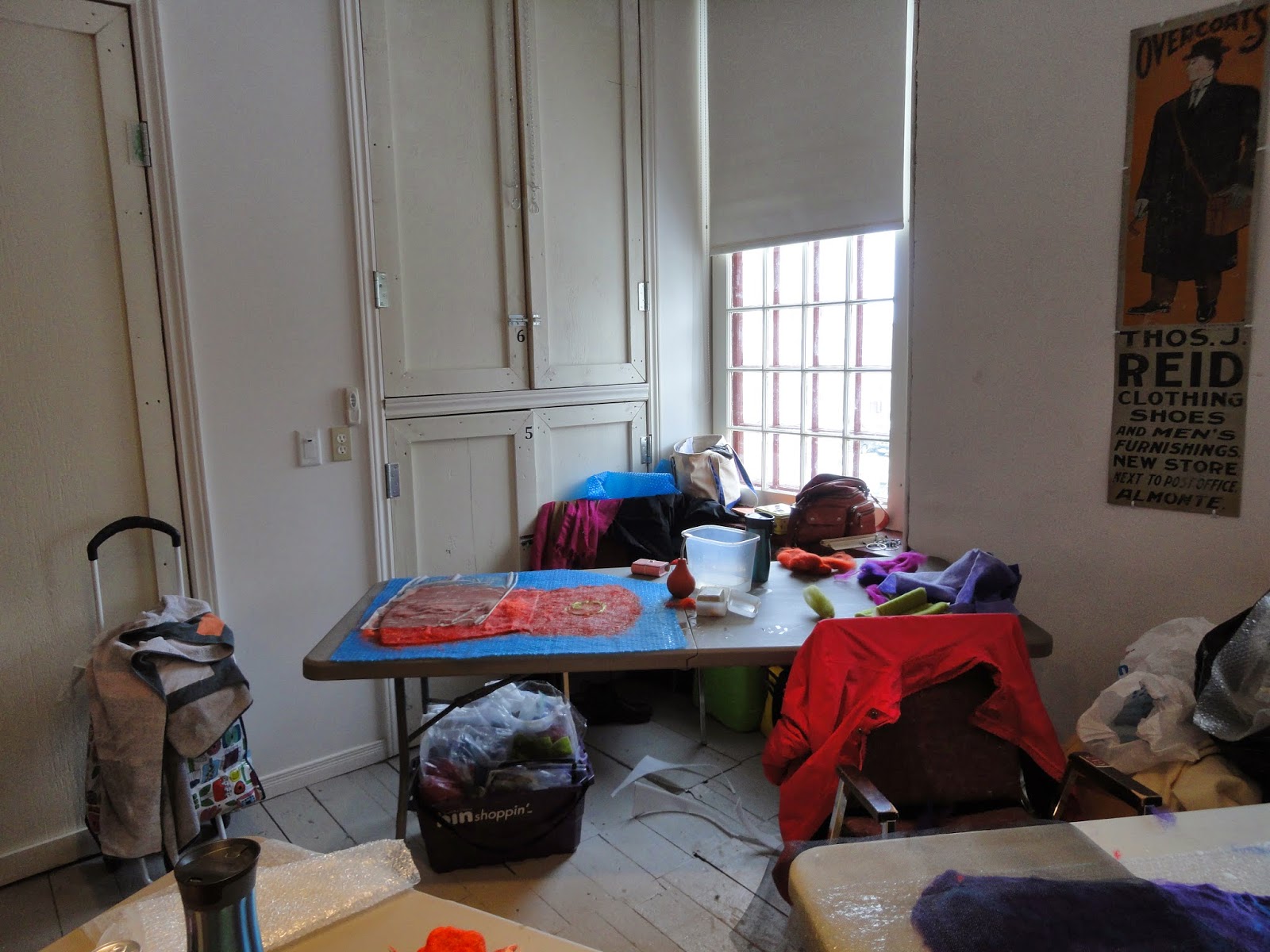 This is my little corner of the classroom in the museum…right by a huge old window so I had a wide sill for my ‘stuff’. Almonte has great spots for shopping and food and though I took my own lunch the first day, the second day I went out with my friend Paddye (of Paddye Mann Clothing) for broccoli Gruyere cheese soup!!!!!!  Cafè Postino

Because I laid out my roving rather lightly I should have put another layer… Andrea teased me that with the shrinkage I was making a wallet!

My bud Paddye had actually not wet felted before but look what she created! She got the hang of it…clever girl.
Andrea had brought lots of leather straps and grommets which are great and strong for the bigger and heavier bags but as mine turned out much smaller I decided to felt my own chord strap when I got home. 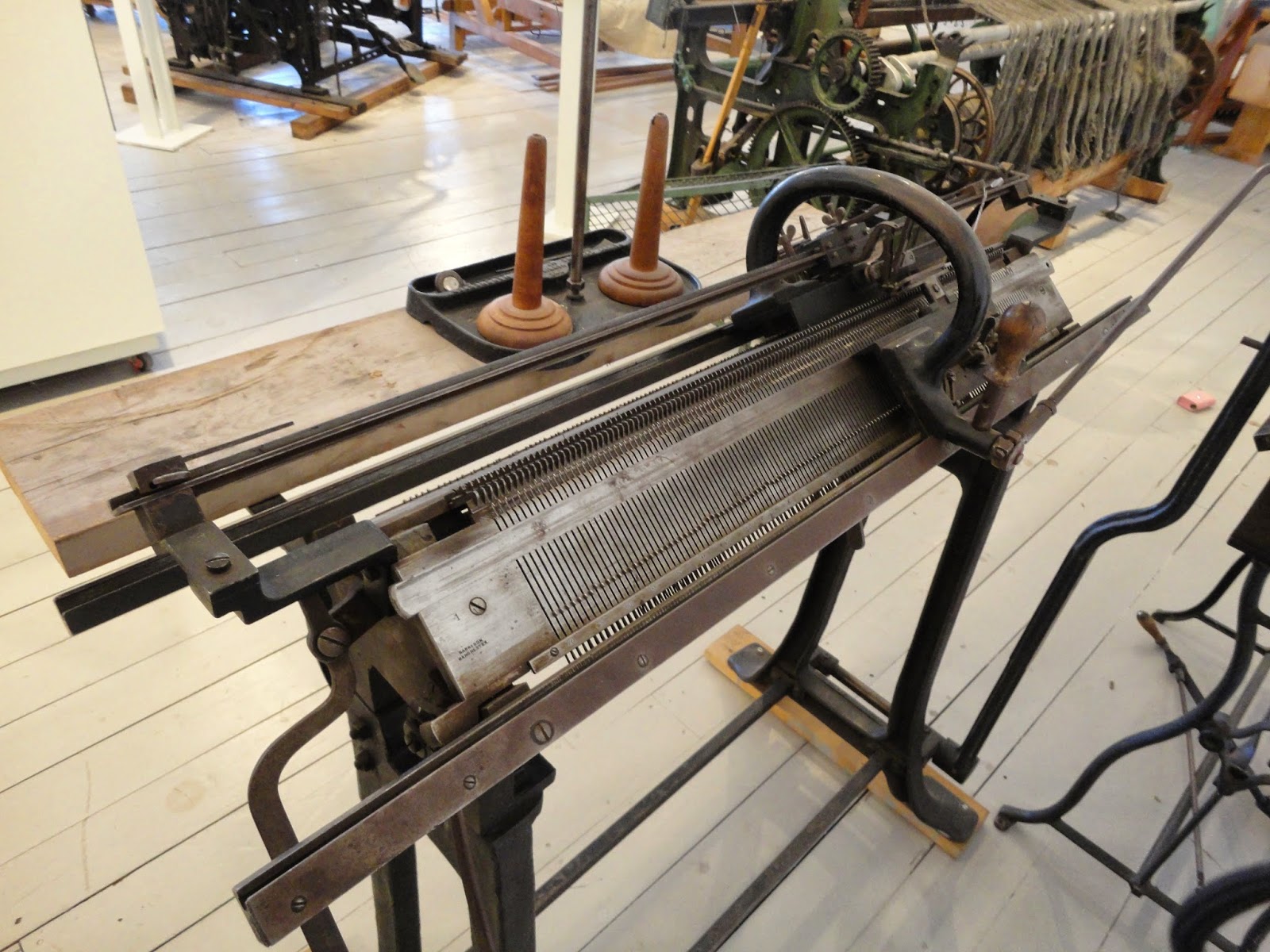 There are two knitting machines on display in the museum….they are Harrison from Manchester UK…late 1800’s or early 1900’s. 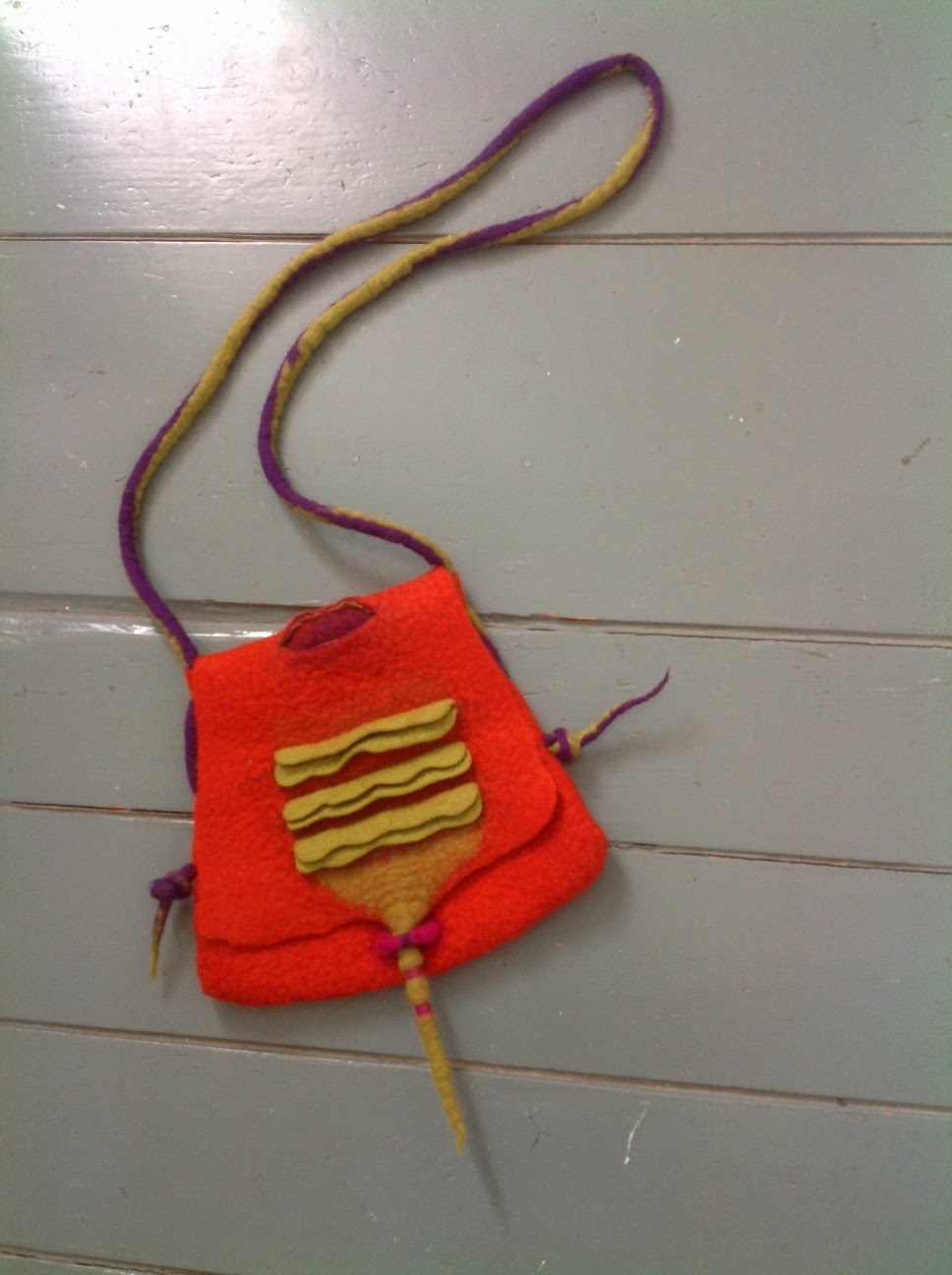 Now I’m busy in the studio with only three days until the One of a Kind Show … and one of those is Set Up day!!!!

Yesterday I took a felted hat workshop with Chris Hall of Cake~Tin Hats and once again I learned so much from another master. The workshop took place at a fave haunt of mine in Picton ON…Rosehaven Yarn Shop.My first foray in to felting a hat was using the directions in Uniquely Felt by Christie White…the…

Helping the shoppers. It’s been a busy week that actually started on Saturday in Haliburton with a trunk show at the studio of my friend Susan Watson Ellis of Paradigm Designs. We had a nice stream of folk visiting and a book club of ladies from Ottawa! It was a great day spent with Susan….

I recently spent a wonderful week in a workshop with Eva Camacho Sanchez on silk surface techniques and Nuno felting. The first two days were working with silk, paper, fabric paint and dye. We had a lot of colouring, folding, stamping and plopping our bundles into pots of concoctions, and just plain water, on the stove…

It’s been a busy Summer and I can’t believe we’re into September…however, a wonderful paddle with the group SUP Kingston on my paddle board this morning was just the height of Summer. It was so good to get out as I had spent last week indoors mostly at a workshop with Australian felter Pam de…