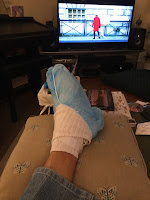 I can’t believe we’re deep in to January…I’m not ready! For years I’ve thought of the post Christmas/Holiday months of January and February as my ‘down’ time. I have no shows at this time and the ones that are coming up are far enough off not to think about yet…hopefully my custom orders were all done in time for the holidays or soon after and I can devote time to updating my web site and healing my foot after surgery. The nicest thing about doc’s appointments at Hotel Dieu hospital is the view from Johnson 7!

Not this year! I have been involved with Passionate Artisans, a local artisans store in Kingston which opened as a ‘pop up’ store last Christmastime. Lynda decided to reopen in this past February and keep it going all year, we had a first birthday party and were busy through the holidays.

I was a part of a store in 1990 (’91?) in the my old Beach neighbourhood of Toronto. We ran it as coop involving six artisans drawing on each of our strengths. I lived close by so walked my Filter Queen vacuum each week up to the store to clean, others were great with display, banking and so on and we all put in time in the store. We got ourselves on the radio, in the media and papered the town with flyers (no mean feat in the days before social media and personal printers and Staples). We had a great season and made bunches of money (I dropped out of the One of a Kind show to do it) and not a lot of investment. We shut our doors on New Years Eve.

Passionate Artisans brought this back for me so I kinda threw myself into it, working the web site, social media, taking some of the photos and the odd video for Facebook. I also found a  couple of planters left over from my home outdoor decorating and plopped them down out front of  the store’s frond door with some plants and flowers in them which lasted beautifully all Summer. Whoever was working each day would have to remember to take them in so they wouldn’t get stolen…as it happened someone did take the red sparkly baubles out of our Holiday plantings!!!!! 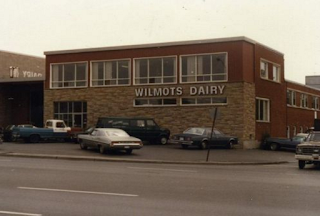 Lynda decided to close for two weeks in January to freshen up the store, do some renovating in this old building (it used to be Wilmots Dairy in my high school days!) and throw on some paint.

Though, some foot surgery has slowed me down over the past month I finally was able to put on a pair of old running shoes, a pair of overalls and get up and down a ladder.  Lynda, Viviane and I had a fun day (especially the pizza and wine for lunch) and got the job done in great time….I was pooped when I got home….the store reopens January 25th.

I keep forgetting that this is the time show applications come in, I have o decide which, if any this year, shows I will do. Some involve applying, some just require signing up if I have done them before and my quality is known. I’m cutting back and haven’t done the One of a Kind since 20014, quitting after 30 years, so it’s a nice feeling moving into a different way of getting my work ‘out there’, exhibitions, one day shows, retail, but apparently I still have to pay attention to that so this is no down time!

Long time no post, been very busy and don’t seem to get time to write. Anyway, I just had to today right before we leave for Toronto to participate in the Toronto Outdoor Art Exhibition. This will be my 11th year and I feel very fortunate to be juried back in once again. I was…

After a weekend away doing the Craft Ontario Craft show in Toronto, it’s good to be back in the studio….though even that seemed to be full of people for a while (but nice). The Machine Knitting Club of Kingston met in my studio for the first time on Tuesday (we meet the second Tuesday of…

Well, it’s that time of year for artists, artisans and craftspeople…time to send out those applications, forms and cheques to sign up for this year’s shows. I wrote a post last year on my return to the Beach neighbourhood in Toronto, my old stomping grounds, to celebrate their 20th anniversary.   http://theartofwool.blogspot.ca/2014/05/may-flowers-art-tours.html.  Thinking about the upcoming…