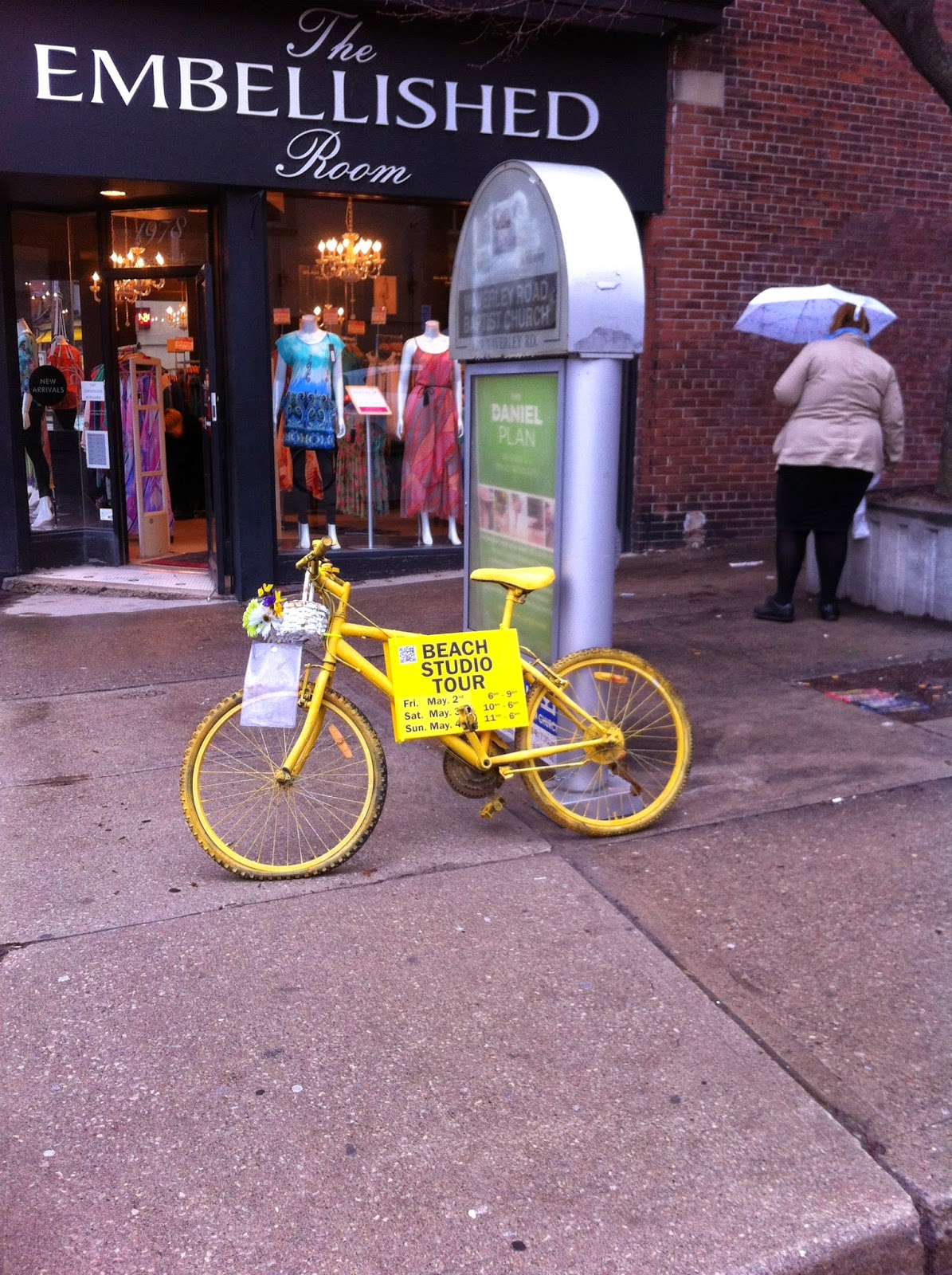 Here is one of the yellow bicycles scattered throughout the Beaches neighbourhood of Toronto where I spent last weekend for the Beach Studio Tour’s 20th Anniversary. It was quite an eventful weekend to say the least!
I was the guest of painter Roderik Mayne and his wife Susan (who bopped around all weekend baking cookies, making coffee, offering wine, putting out cheese & grapes!! when she should have been doing her own work).  I fell in love with Rod’s watercolours and their house…the back of which plunged into one of the Beaches ravines with trees, wildlife and a coyote den! 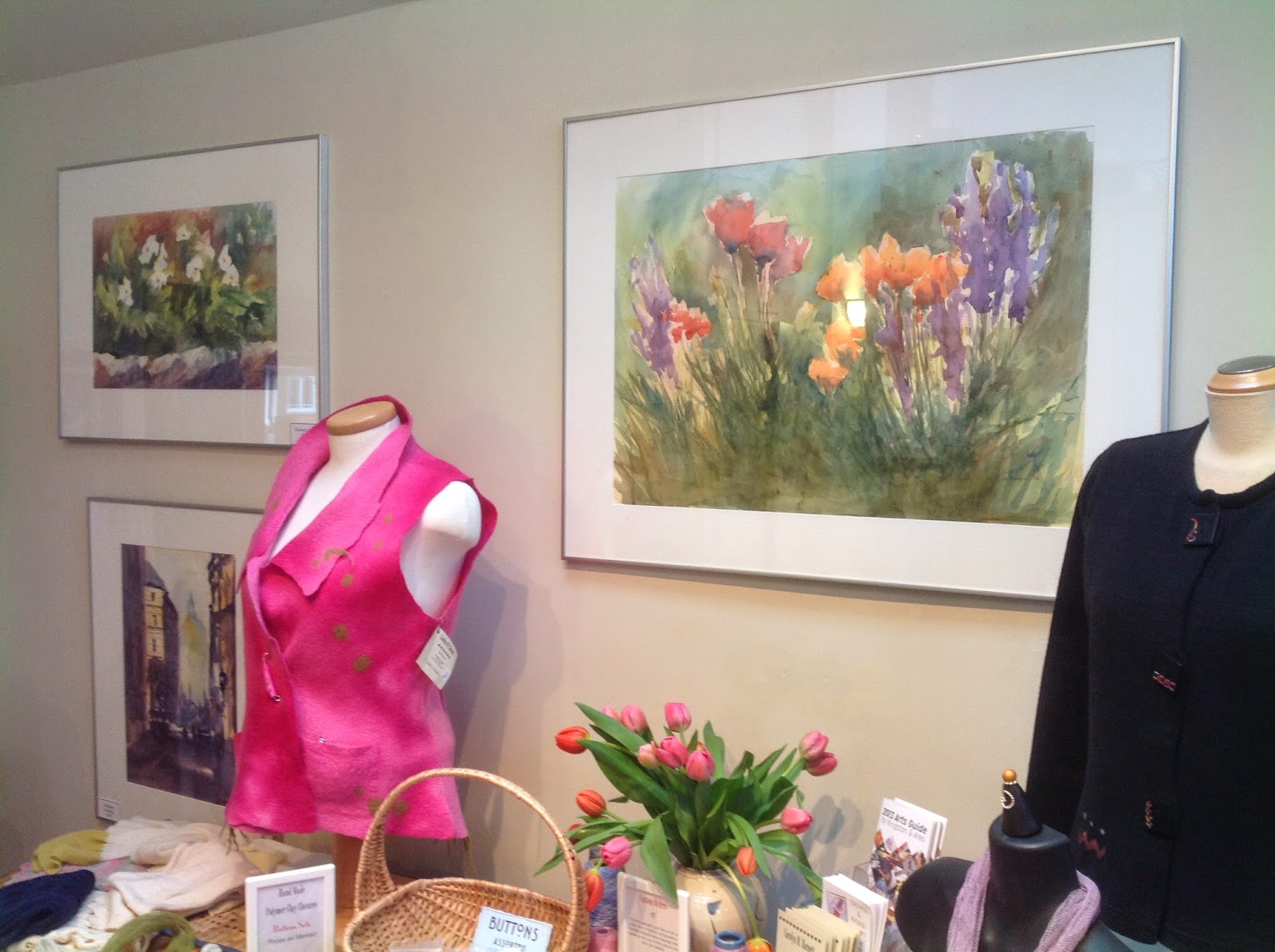 I had a lovely day for the drive down and setting up, then a bunch of the artists went on the ‘whirlwind’ tour from location to location to visit each others spots and see the art. We were location 12 so I hightailed it back, parked the car but as I shut the door my heart started to race! Too much running around, no lunch and stress, just a we blip…or so I thought….until it didn’t stop and I started to feel light headed. Though not new to this it has been three years since I last headed to emerge to see if they could slow down my arrhythmia. I even thought I had is sussed as the three year break seems to be associated with my doc recommending I go back to taking a bit of iron. (A friend also had good results with this supplement). Anyway, poor Rod was now dealing with faint, gasping practical stranger on his sofa trying to regain oxygen and normalcy….then asking him to run her to emerg out of fear. As happened once or twice before, there was a lower heart rate after sitting in the waiting room of the Toronto East General for half an hour…with the help of  the nice lady checking on everyone in triage I decided to head back to Rod’s in time to prepare for the evening opening. A huge thanks to Rod for being so calm and sweet! 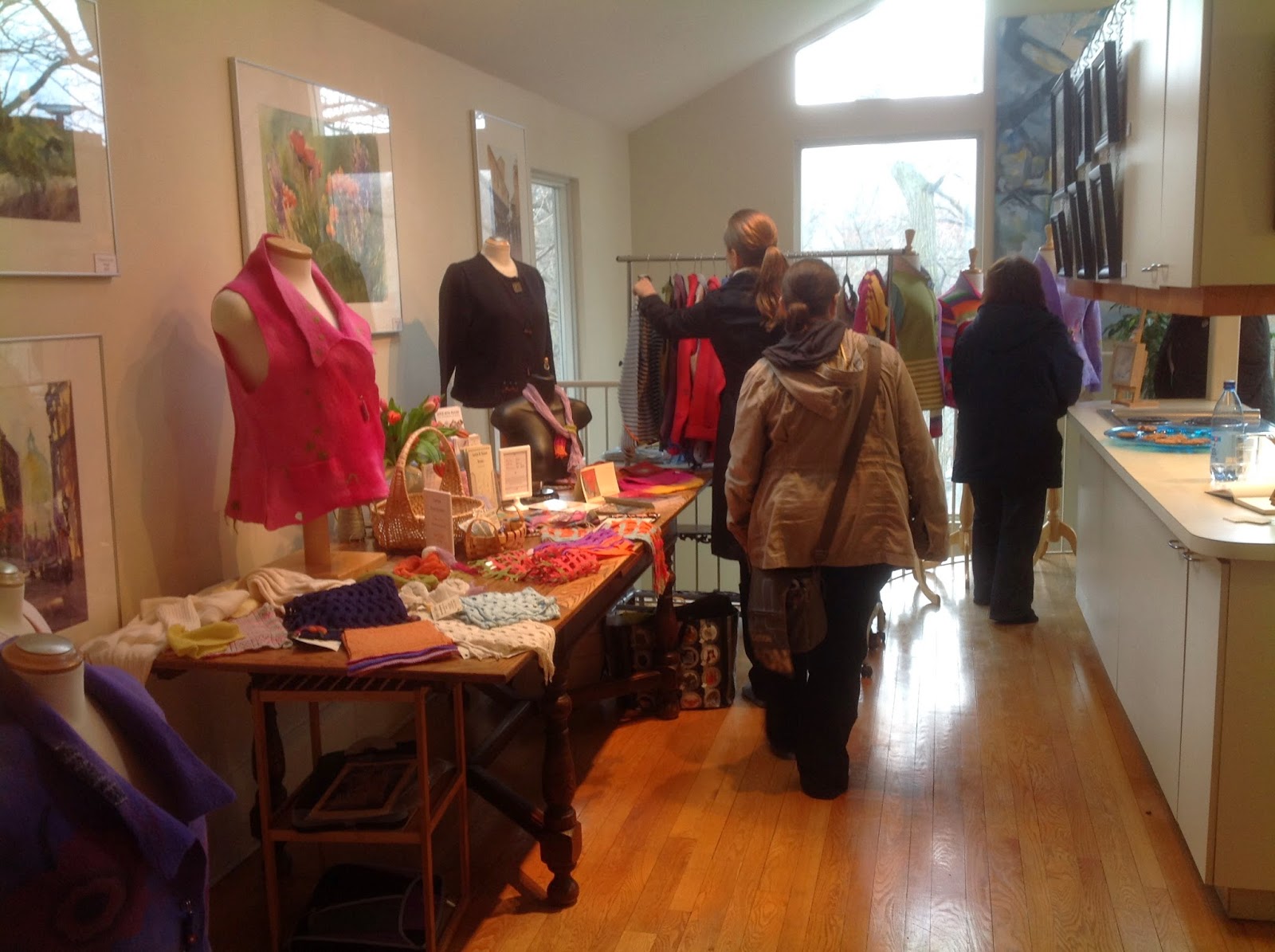 You can see how I had a lovely spot in Rod & Susan’s dining room and with our love and use of colour our work displayed well together. Our location at the eastern end of the Beach was well attended…even with some climbing the steep hill to get there! 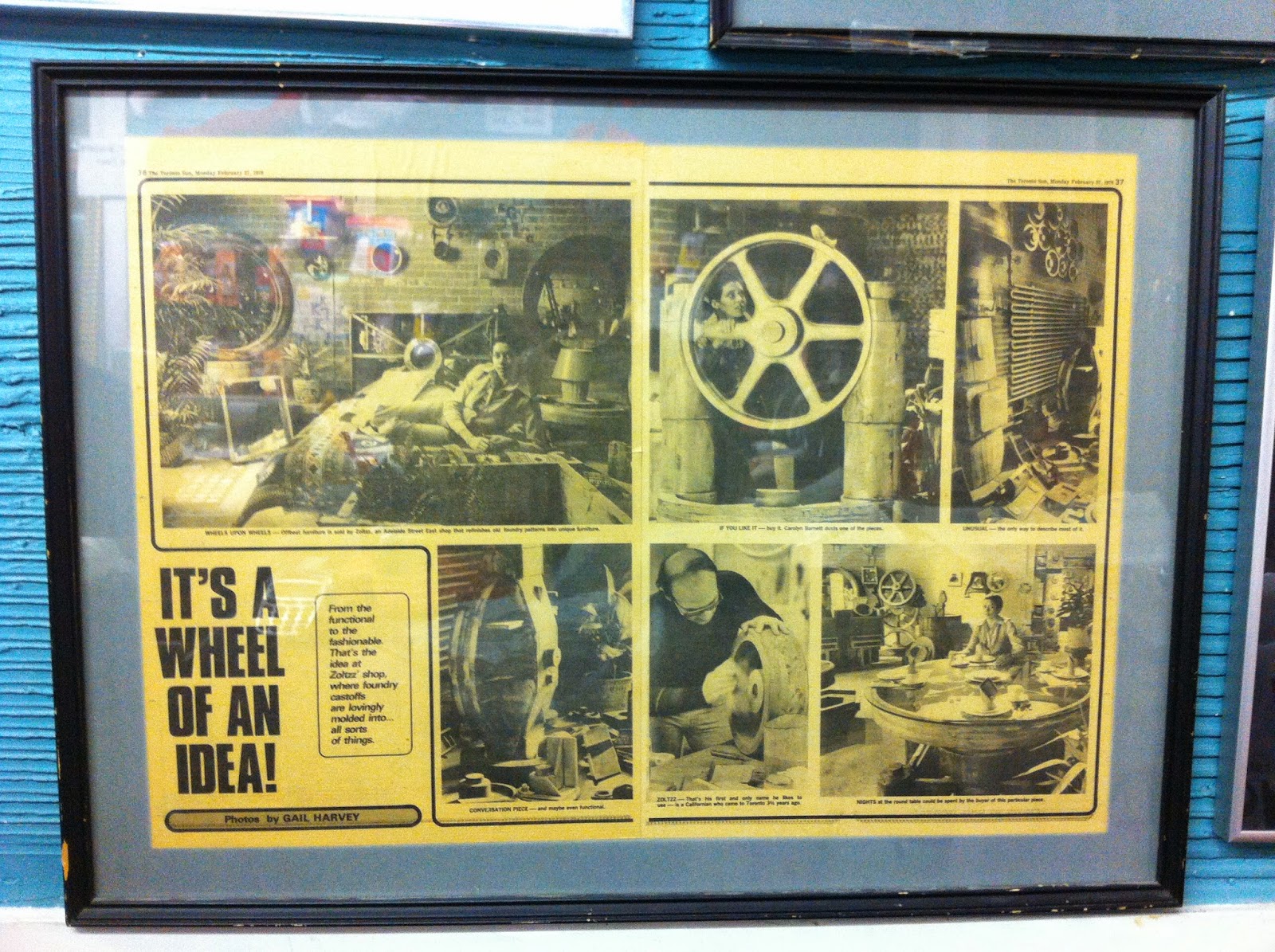 After we shut up shop on Saturday evening I parked on Queen street to pick up some wine to take to my hostess where I was staying the weekend and decided to wander through my old stomping ground. Wandering down to Ends I checked it out to see if there was anything worth a bob or two for me to add to my wardrobe….yes, a white shirt dirt cheap. While paying for it I checked out all the framed clippings on the wall….then I saw this one from 1978…when I worked for Zolzz (my old friend Harold Weisfeld). I think this is the Sun or the Star. There I am working with pine factory molds which he salvaged and turned into art. I manned the Zoltzz gallery on Adelaide back in the late seventies! We even had a fashion shoot or two there!
It was a weekend of old colleagues and clients stopping by and a couple deciding to add to their collection of CMB Designs knits! Such fun. Jennifer Cline and I even spent a little time going over the old tour brochures and Beacher articles from the ’90’s.
The phone rang as I packed up and old friend Marilyn Lake was asking if I had time for a  visit and a bite….though I wanted to get home I decided I needed the break and the visit.  I was subjected to a super cup of tea and a delicious dinner cooked by her other half Brian while we caught up and I looked as what they had done to their house (they are architects). Thank you Marilyn & Brian. 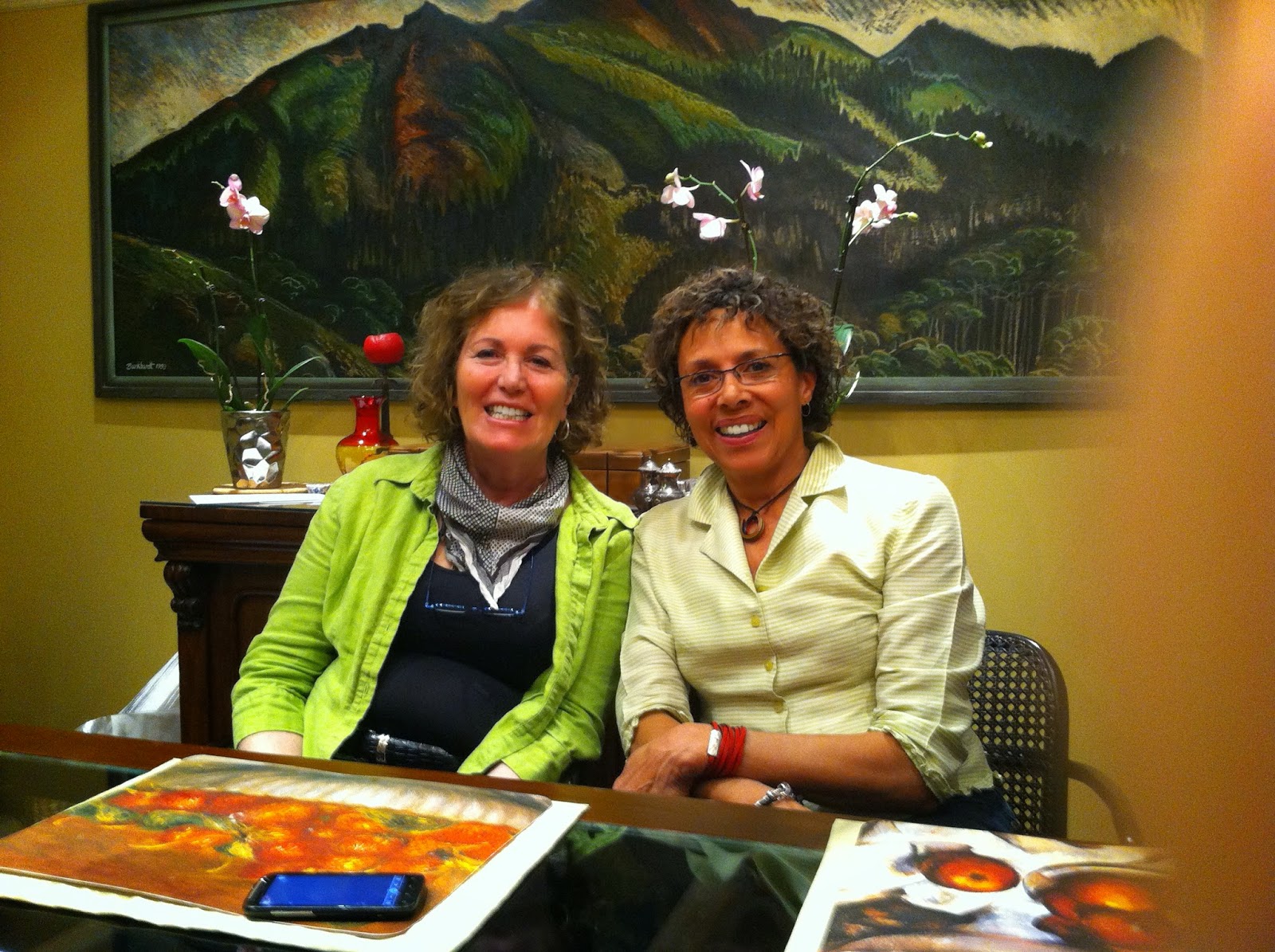 I’m so proud of the gang in the Beach carrying my ‘baby’ forward for so many years. I have participated for a number of years in to the 21st century but not for a while…it was great!

Now I’m on to the Thousand Islands Arts Spring Art Fair in Rockport. 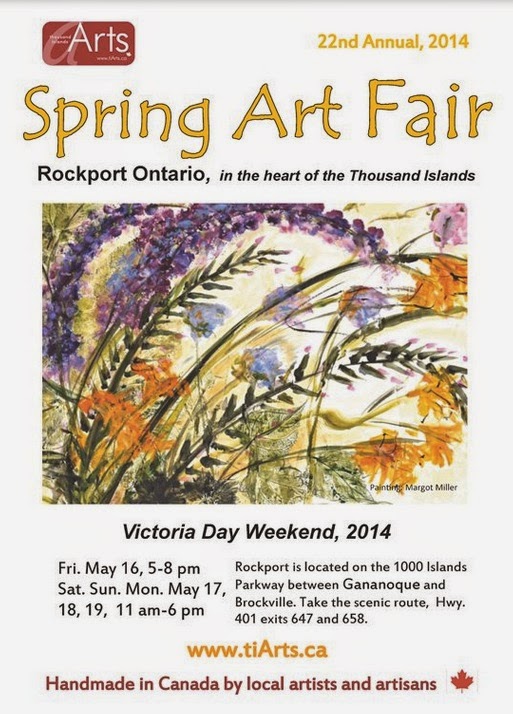