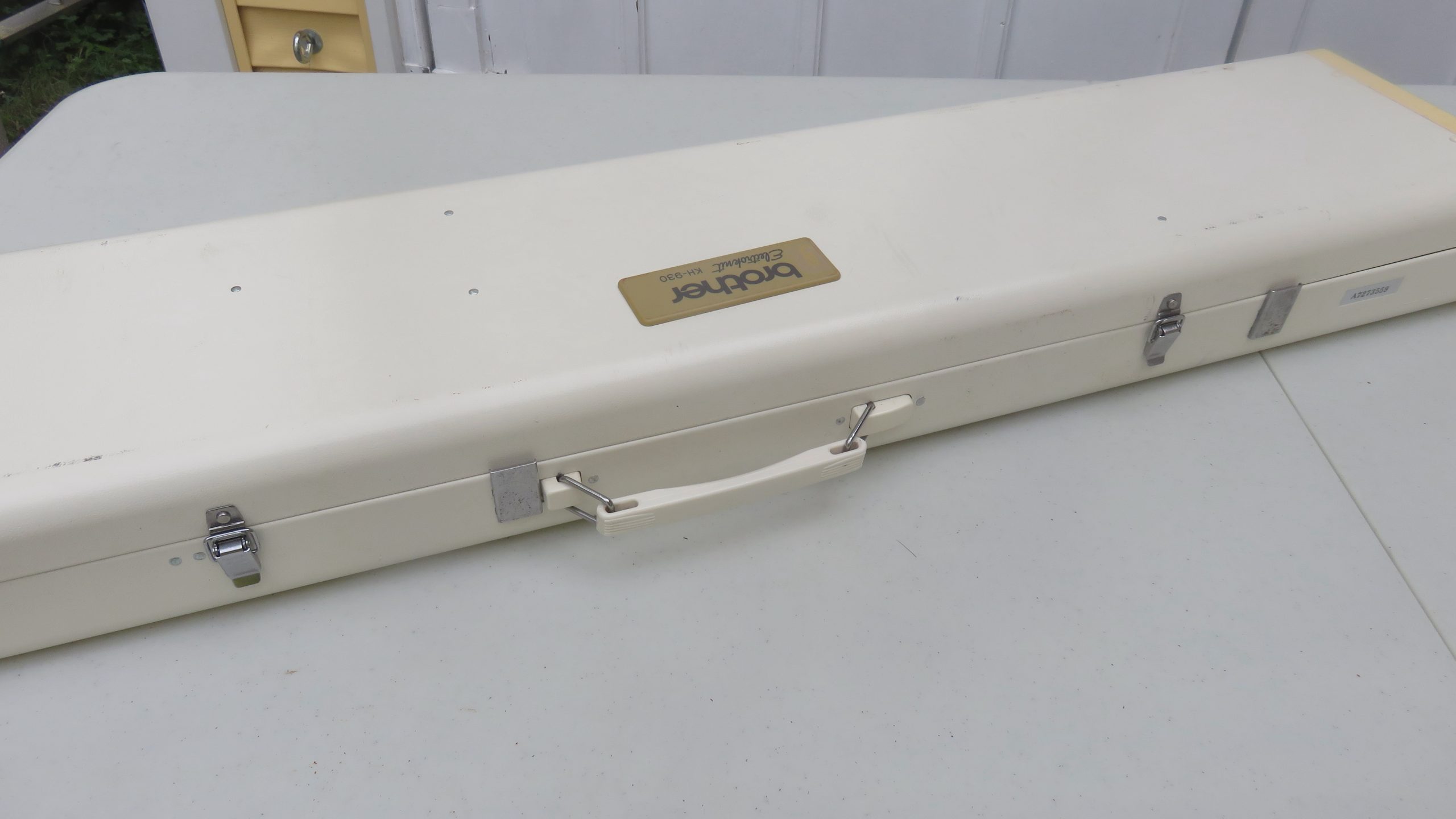 I have taken on a whole pile of knitting machine ‘stuff’, two knitting machines and a bunch of tools and equipment to go with them. I’ve listed some on Kijiji which anyone can pick up to augment what they already have for their Singer/Silver Reed machines and also for the Brother, but I also have the machines…

I have or had both of these machines (I currently have a Singer 580) and love them so I don’t need these … they are looking for a good home for a pretty good price as I said I’d see what I could get for her as she’s still studying.

Thank heaven for warm dry Summer afternoons as I had picked all this stuff up from a friend who had packaged it all up for safe keeping and it had been in climate controlled storage. Shipping was out of the question when she was to move to another province so (I couldn’t resist) I took everything on.

I have done this before, in a house where the family of the lady was emptying the home and had no idea about knitting machines. My friend and I called ourselves 1-800-GOTKNITTINGMACHINES that Summer as we were called upon a couple of times. It involves finding all the pieces, parts and tools and putting them all together in one place with the machine or in its packing box in the case of a ribber. I had my iPad to inventory and take notes and found just about everything bar a tension mast for the Brother (without which you might as well have a bike with no wheels).

I spent a few hours that afternoon looking to see what was there and finding what belonged where. The instructions books and some tools were in separate boxes, the two ribbers were together in a box and not in the boxes they originally come in (lots of molded styrofoam with a place for each tool)…but I found pretty much everything and some extras besides!

For instance…this is a Brother Disc Reader….I believe one could make designs on a computer, plug this into the knitting machine and have the design knit…I think I actually saw this being used…a couple of decades ago! However, it’s still all there, manual, discs and the reader. I have no idea if anyone would still use this but maybe I’ll pop it up on eBay and see who comes out of the woodwork! Fascinating!!!

As both knitting machines are electronic the next thing I need to do is find some time to put them together, plug them in and make sure they work!

Well, if anyone is interested drop me a line carolynmb@gmail.com and I’ll see if I have what you are looking for.

I just remembered I shared a booth with my friend Georgia at the recent Dragon Boat races here in K’town and it made me focus on knitting a dragon on a pink jacket as we were there to in support of Breast Cancer Action Kingston. Their boat was powered by a great team of survivors…. 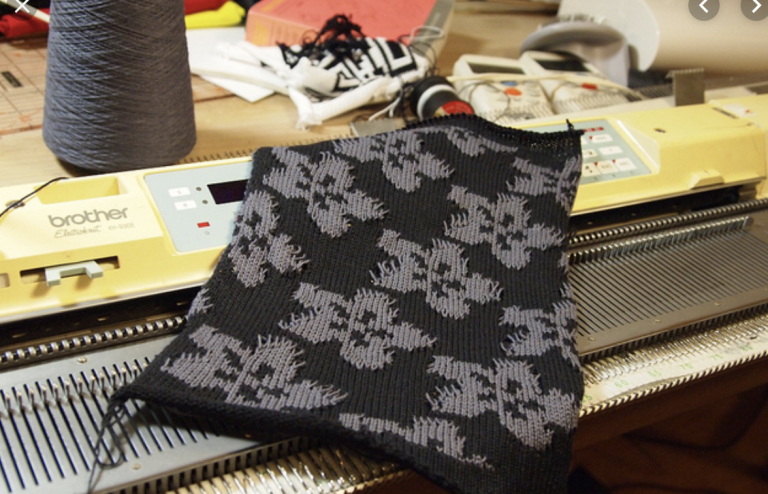 Knitomat bed Last week while wandering around Perth (ON) we checked out the local charity shop (Salvation Army I believe) … you never know what you are going to find. When I found my husband in the window looking at something in a silent auction … an old knitting machine…called a Knitomat. I think it…