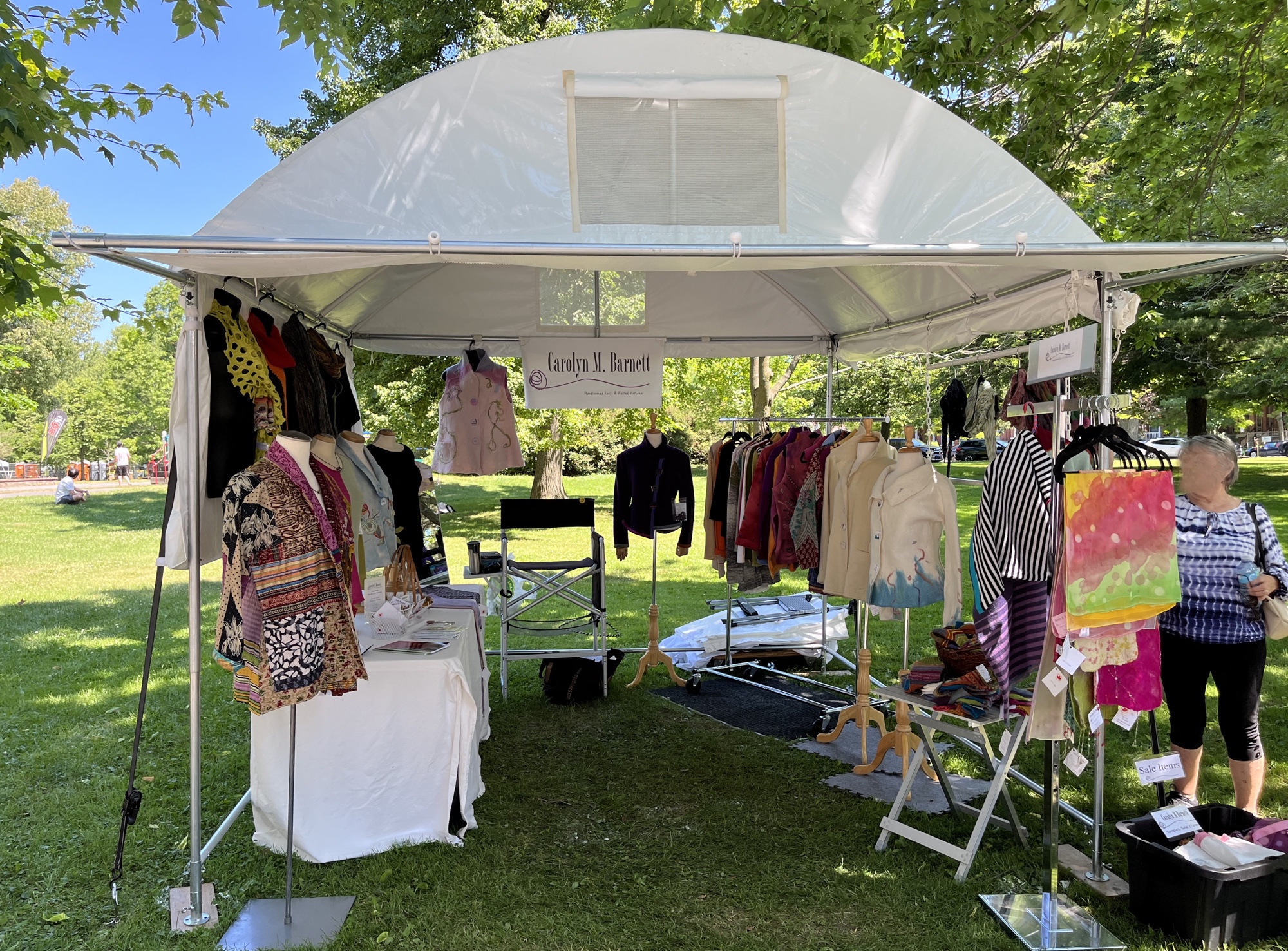 Twenty twenty two has been an interesting year! With vaccinations we’ve been able to get out and about more and feel a wee bit less afraid, also, after two years (I’ve lost track) we’ve been jonesing to congregate, get together with family and friends, also, in my business, to let loose in craft fairs.

Artfest had endeavoured to put on a couple of Holiday shows at Christmastime but in 2022 it came roaring back on Canada Day weekend in City Park here in Kingston.

Three days of glorious weather was bliss for we artisans, who have endured rain, mud, wind, storms and so on over our careers…only had to deal with the sun and find sunscreen and shade! As it shows in the photograph, we were spread out with space around each tent.

Usually, there is a Canada parade so folk turn out in red and white outfits which seem to have no pockets for wallets…I never expect to sell much on Canada Day. This year there was no parade…the parade was the teeming folk wandering up and down the pathways with purses and pockets! They were dying to meet, greet and shop. I don’t think I have had that experience since 1983(?) The Spring One of a Kind show (my first time there in my 30 subsequent years there) was on Easter weekend. ATMs were fairly new and all my sales were done with wads of twenty dollar bills!!!

The other side of this Summer’s Artfest in Kingston is the number of folk coming into my tent to say hi, connect, catch up, share and see how we are all getting along and finding out who we had lost over the previous 2 1/2 years….it was wonderful.

I so look forward to next year.

Well, November is proving to be a really busy time of year (like I don’t know after 31 years!). I’m not doing the One of a Kind show Christmas edition but I have some small events that should be fun. The first one is at the new Anwyn Yarns  just up the road from my…

Working towards this fun and well attended event. It’s half way to the One of a Kind Show in Toronto so it will get me in show mood! Here’s a new little felted hat… …now back to some knitting.

We’re well into 2019 and a new show season but we artisans and craftspeople are reviewing our 2018 shows. It’ll be tax time soon so we have to crunch and record the numbers, decide which shows to continue with and apply or reapply, and which shows to move on from. On the other side of…

This weekend is my last show of this Holiday season…the Holly & Ivy tiArts Show in Rockport Ontario. I’m the member contact for the location – Rockport Rec Hall – so I’ll be there for set up day all day making sure no one overlaps other artist spaces or takes up too much room, has…

A fun thing that happened at the recent Wearable Art Show was Steve Di Monte the photographer taking pics all day, each day. CYL Photography is his studio. Then on after the last fashion show he went around saying he would do a quickie photo shoot of any of our work for a small fee…here… 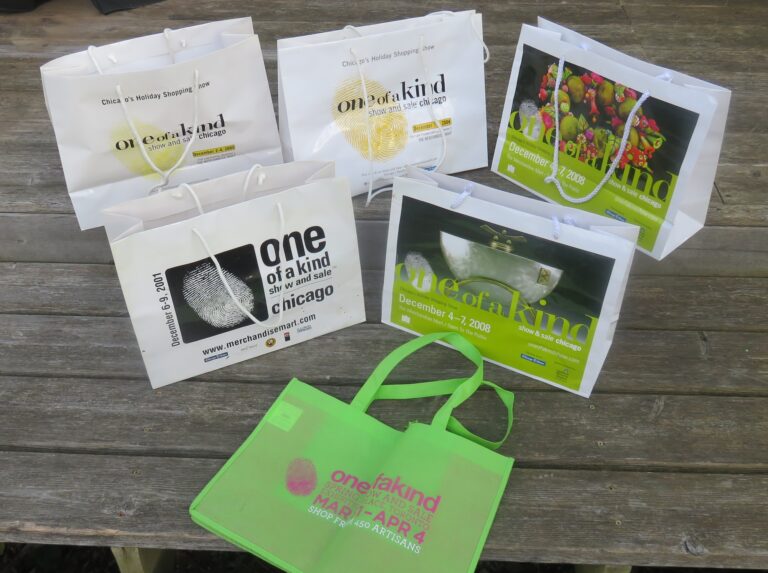 I can’t remember when I started collecting bags (shopping…not handbags)…I do know I was already in my twenties as, before that, I didn’t even carry a purse. Not having enough money to do much shopping outside Zellers and Woolworths there weren’t many bags I’d want to hang onto and start collecting. It’s not really a…